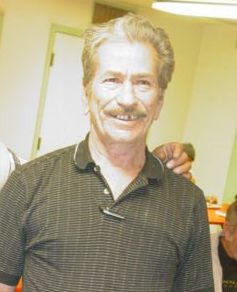 Our dear brother and friend, Miguel Neyra, passed on to his Lord this past September 15th.  Miguel was an amazing man, and led an amazing life.  He had been imprisoned by the Castro regime in his youth as a political prisoner, and spent 18 years in that hell.  He was exiled to the U.S., and he finally made his way to El Paso in 1997.  Even as a homeless man at the OC, Miguel would help wherever he could to improve someone else’s situation.  After working in the shelter for almost 10 years, he agreed to direct our Safe Zone Program for recovering addicted men.  In his typical fashion, and with no formal training,  he helped develop a program that has cared for over 200 men to date, and he personally lived on-site to support and direct the men.  He was an angel even in life.  He gave tirelessly by personally performing manifold tasks that kept the OC operating and clean.  Miguel, Gracias a Dios for your gifts and your blessings!

The Opportunity Center for the Homeless is doing everything in its power to ensure the homeless community gets the help and protection they need during this crisis.