Donations to help the elderly homeless — we urgently need your help.  The homeless population varies at the Opportunity Center for the Homeless, but there is an increase of elderly homeless.  Our mission is to help those who can move forward, and protect those that cannot.  Our elderly are those that need the most protection and help.  We truly appreciate if you can visit our website and donate.

The change in federal dollars has caused us to lose funding for our small transitional shelter for single women, putting 16 elderly and fragile women at risk that they would be on the streets if we had to close.  So we have begun an internal reorganization to combine two of our shelters and unite these fragile women with women who are younger and stronger and able to offer support services as necessary. What we hope this will do is create a large “family unit” of 29 single women that will eat and live together.  To support this concept, we have received a number of churches and groups that are jumping in to bring in the needed supplies and resources.  There is no way that we can let these fragile women return to the streets. 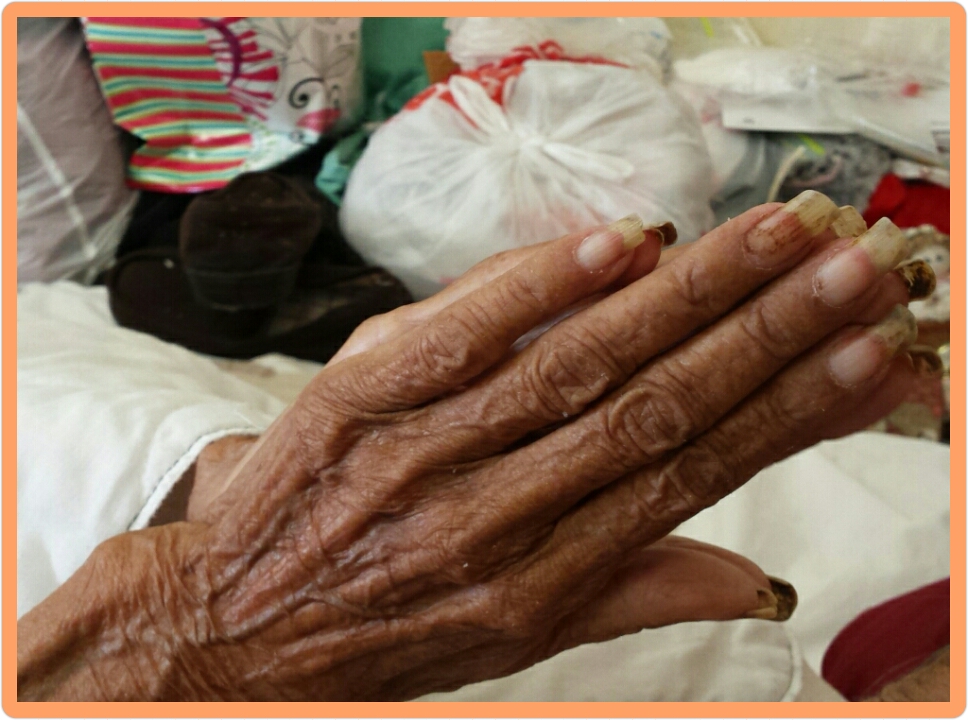 Our Values and our Mission Statement

The Opportunity Center exists for all homeless without distinction of race, ethnic origin, language spoken, or, religious beliefs, and regardless of mental, drug and alcohol problems. Through direct contact with the homeless, the Center supports them to move beyond their condition if they are capable; or protects them if they cannot improve their condition in society because of emotional or psychological disorders.

To this end, the Opportunity Center operates a day resource center/emergency overflow night shelter where homeless people can gather and where members of the El Paso Coalition for the Homeless can provide on-site services. The Center also strives to create a system of care for the most needy among this population through the development of transitional and long-term supportive housing.

What We Believe In

In the crossroads of life, sometimes people stumble and may lose their way. The Opportunity Center for the Homeless believes that we are here to help those in need. For I was hungry and you gave me food, I was thirsty and you gave me drink, I was a stranger and you welcomed me. ~ Matthew 25:35

The Opportunity Center for the Homeless believes in protecting those in our community that are fragile and homeless due to their disability. No generous mind delights to oppress the weak, but rather to cherish and protect. ~ Anne Bronte (novelist and poet)

The Opportunity Center for the Homeless believes that through direct contact we can help the homeless move forward beyond their condition if possible. The purpose of human life is to serve, and to show compassion and the will to help others. ~ Albert Schweitzer

We appreciate support.  Please visit our website and please donate to help us continue to help.

A 5K run will be held at Southwest University Park on July 26 to benefit the homeless in El Paso.

The HomeRun for the Homeless race was organized by the El Paso Class 36 Project, a community service group that was started by the Greater El Paso Chamber of Commerce. All profits from the event will go toward the Opportunity Center for the Homeless located at 1208 Myrtle Ave.

“The group picked this organization and immediately we started processing ideas,” said Stephen DuPlessis, a member of the El Paso Class 36 project.

“It was very embraced and so it was done,” he added.

The Opportunity Center for the Homeless helps homeless people who are elderly, mentally ill, immigrants, addicted to drugs or in other circumstances. Social services provided include employment, housing, clinics, transportation services and services for homeless veterans.

Ray Tullius, the executive director of the program, was a homeless veteran with a master’s degree. Eventually got his life together after falling on hard times and went into social work. He was instrumental in putting together the Reynolds Home, a shelter for women and kids, then he put together the Opportunity Center, which initially offered homeless people coffee and a place to sleep, Rosales said.

“It all started with a coffee pot,” said Hector Rosales, grants monitor at the Opportunity Center for the Homeless.

The shelter houses about 120 men and 40 women, but during the winter that number can increase to 160 men and 60 women, Rosales said.

An event like HomeRun for the Homeless will help the organization right now because of funding shifts at the center, said Daniel Vasquez, director of fund development at the Opportunity Center for the Homeless.

“We are facing some challenges right now as a result of some grant losses which will have a tremendous impact on the El Paso community; we have lost over $400,000.00 in funding since June,” Vasquez said.

Organizers of HomeRun for the Homeless hope to raise $60,000 for the shelter.

“It was a very ambitious goal,” DuPlessis said. “We are very much on track, but we may fall a bit short.”

Minus the cost of the event, they should raise $50,000, DuPlessis said.

Currently, between 300 and 350 people have signed up for the race.

The HomeRun for the Homeless race is the first in the El Paso Marathon’s More Than a Marathon series.

The race starts at 8 a.m. at the clock tower on Durango Street in front of Southwest University Park, proceeds through Downtown El Paso and finishes at first base inside the ballpark.

Welfare programs have been among the biggest targets of budget cuts in the last few years, as states look to save money any way they can. But research suggests that everyone ends up paying for poverty, hunger and homelessness, especially when left alone.

The latest evidence to support this idea comes by way of Los Angeles County, where researchers just finished an evaluation of Project 50, a years-long initiative to house members of L.A.’s chronic homeless population.

The program cost $3.045 million to implement, according to the Los Angeles Times, but resulted in $3.284 million in savings by means of lowering incarceration and medical costs for the people who participated. That’s a net gain of $238,700, according to the LAT. Plus, 94 formerly homeless people, three-quarters of all those who participated, now have a place to live.

It’s far from the first time researchers have found evidence that widespread social problems put a heavy cost on taxpayers — and that offering assistance to society’s most vulnerable members can have economic as well as humanitarian benefits.

A 2009 study from the University of Southern California examined the cases of four homeless people who were put in permanent supportive housing — and found that for each person, the cost of public services fell by more than $20,000 for each year they spent in a stable residence.

And an outreach program in Seattle, which found housing for 95 homeless people with alcoholism, found that the group had combined costs of more than $8 million before the program began — including costs of incarceration, shelter use, and medical and detoxification services — but combined costs of only $4 million after the program had been underway for a year.

Meanwhile, there’s evidence that other kinds of deprivation have a heavy social cost as well. Childhood poverty has been shown to affect a person’s earning power later in life, to the point where a 2007 Center for American Progress study argued that the long-term effects of child poverty cost the U.S. about $500 billion each year.

And the Center for American Progress has also argued that chronic hunger, a problem that afflicts nearly one in six Americans, has a national price tag of about $167 billion each year, when you add up all the health care expenses, charitable expenditures and lost workplace productivity that can be traced back to a lack of available food.

The above is a flier for the upcoming MLK Food Drive. For the past 10+ years, local community volunteers, elected officials and others come together to collect canned food for several local agencies that serve the poor, hungry and homeless. This year’s event will culminate in the distribution of canned foods to area shelters that includes the Opportunity Center for the Homeless, Reynolds House, Center Against Family Violence just to name a few.

Our simple request is that as you shop at the local stores over the next several weeks, that you consider picking up a few extra items and place them in the big blue containers marked MLK Food Drive—Keeping the Dream Alive. Your food items will be counted, weighed and distributed to the area shelters and food pantries around the community to assure the hungry and homeless are fed.

What better way to start then New Year than sharing with others. The rewards are awesome.

PS—if your favorite grocery store is not listed, feel free to drop off your canned food items to our offices at 6501 Boeing Drive, Suite E1 and we will include them in the MLK Food Bin!

PS—Pass this on to others.